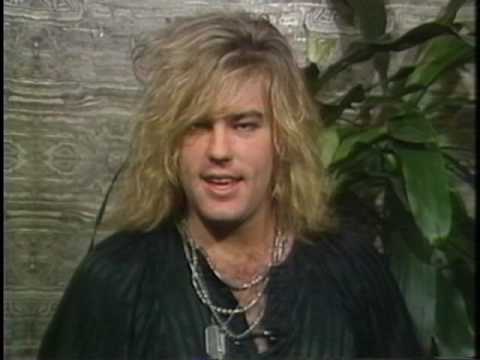 Robbin "King" Crosby was one of the original members of Ratt . Ratt formed out of Los Angeles, California and had a successful career with a string of hits during the glam metal scene of the 1980’s. The band is best known for the songs “Round and Round” and “Lay It Down”. Other singles included “Wanted Man”, “You’re in Love” and “Dance” among others. Crosby co-wrote many of the band's hits and was dating actress Tawny Kitaen when he first joined the band. Kitaen appeared on the cover of the Ratt's 1984 triple platinum selling Out of the Cellar album and in several Whitesnake videos.

Robbin Crosby publicly announced that he had AIDS and had been HIV positive in 2001. He died at the age of 42 on June 6, 2002. Causes of death were reported as AIDS-related complications and heroin overdose. R.I.P. King